A new report released this week revealed that more than 15,000 people have become victims of fraud in the first six months of 2010. The report, which focuses on UK consumers, was compiled by Action Fraud – the national fraud reporting center – and reveals that the number of money people had been tricked out of range from just GBP£6 to more than GBP£1m.

It’s an interesting statistic, given that issues surrounding the real security of online shopping have long been debated. In the States, for instance, the Better Business Bureau (BBB) recently sent out a warning to car shoppers to be aware of websites offering ‘too good to be true deals on repossessed cars.

The warning came after the BBB said it had been contacted by thousands of people across the nation who thought they were buying from a reputable dealer online, but were actually sending money to scammers posing as legitimate, already-established community dealerships.

New technologies and pioneering innovations, however, are working to ensure that standards are met and consumers can shop online securely and safely. 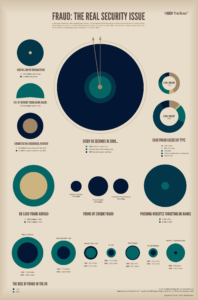 At the heart of such innovation are companies such as PayPal, the secure online payment method that allows users to pay or get paid quickly and easily without sharing any financial information.

In a recent interview with executive channel MeetTheBoss.com, PayPal President Scott Thompson explained how the area of payments is a complicated business arena. “As a consumer you probably look at it and say ‘Wow, this is easy; it works all the time; it works exactly as I expect it to,’ but when you’re down inside the business and trying to understand how you build products, how you move transactions around, how you clear and settle things around the world, it’s very, very complicated,” he explained.

The complexities of providing secure payments online are difficult to quantify –an issue that is exacerbated by recent official figures from the UK Payments Association, which indicated that online banking fraud increased to GBP£58.7 million in 2009, while card-not-present fraud peaked and GBP£328.4 million back in 2008.

Perhaps most worrying, however, is the way fraudsters continue to exploit the internet for their own gains, with online fraudsters able to quickly hide, shut down or move on from one site to another. In short, it’s quick, cheap, and can be anonymous to act fraudulently online.

Today though, all signs indicate that the online retail sector is expected to grow exponentially in the coming years, as consumers shift from the tired paradigm of in-store purchasing to the ease and 24-hour online landscape. As such, the pressures to ensure online shopping remains completely safe and secure for consumers become all the more a priority for the likes of PayPal.

“The last two and a half years have indicated to me that the opportunities for PayPal are enormous,” adds Thompson. “So as president, as general manager for this business, what you have to do is to take a step back and ask the question: ‘what do our customers need? What do they want from us? What do they expect from us and then how are we going allocate our capital to best serve those customers?’”

To find out more about how PayPal is securing the online retail sector, please go to MeetTheBoss.com

Back to insights
Technology

The Journey to AI

Headless Commerce: More Than a Buzzword

(and Why You Should Pay Attention)

Headless Commerce: More Than a Buzzword

(and Why You Should Pay Attention)

Building success in an uncertain world